Top 5 Podcast in the Philippines on Spotify.

AWKP’s goal is to strengthen their growing community of avid supporters and to offer a way to easily sell their long-awaited merch boxes.

Ang Walang Kwentang Podcast (AWKP), or the senseless podcast in english, is one of the biggest local podcasts in the Philippines. Filmmakers and real-life friends Antoinette Jadaone and JP Habac let people eavesdrop (and sometimes join) their hilarious and insightful conversations about pop culture, love, and life. They are regarded as one of the top local podcasts in the Philippines and they also have an active community of supporters. 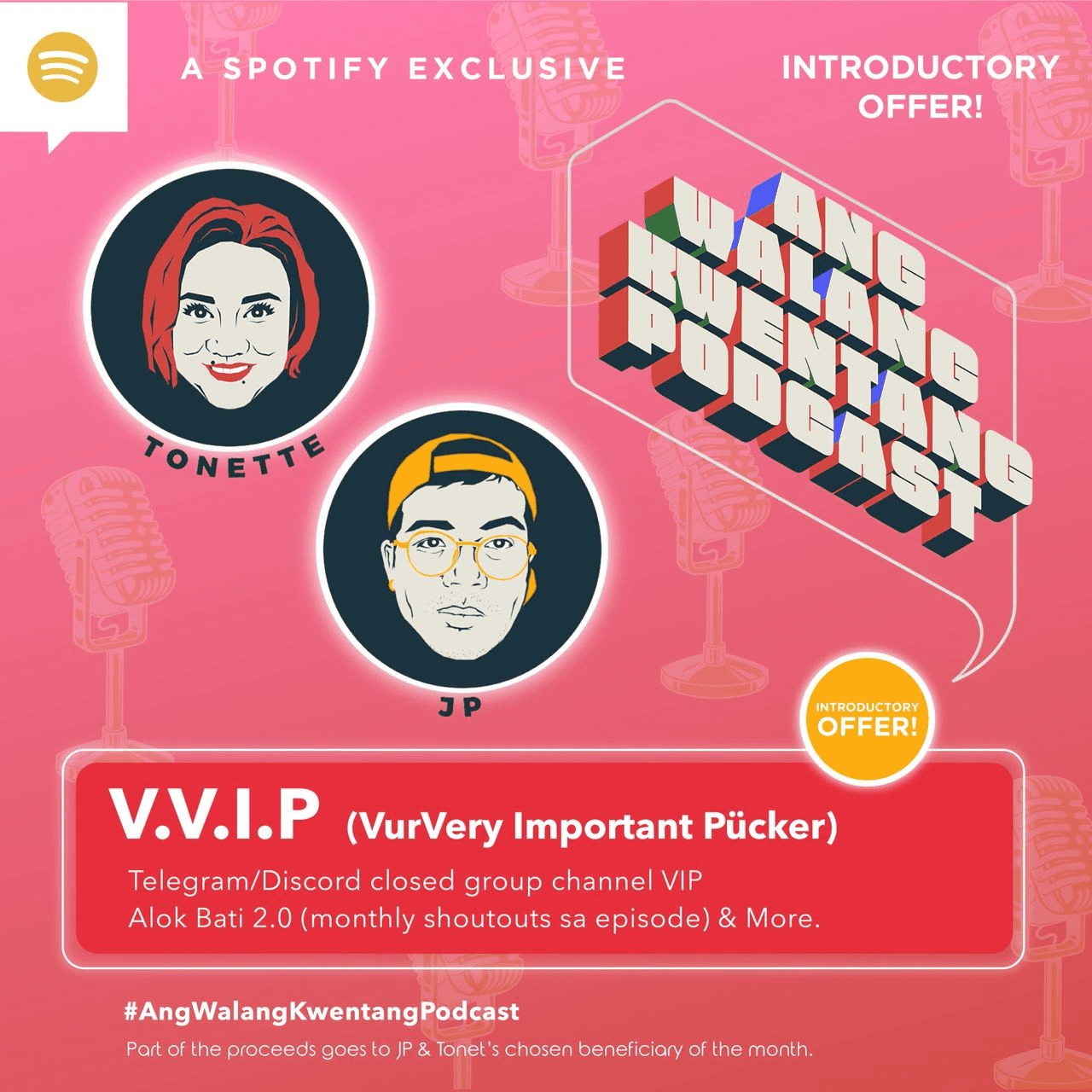 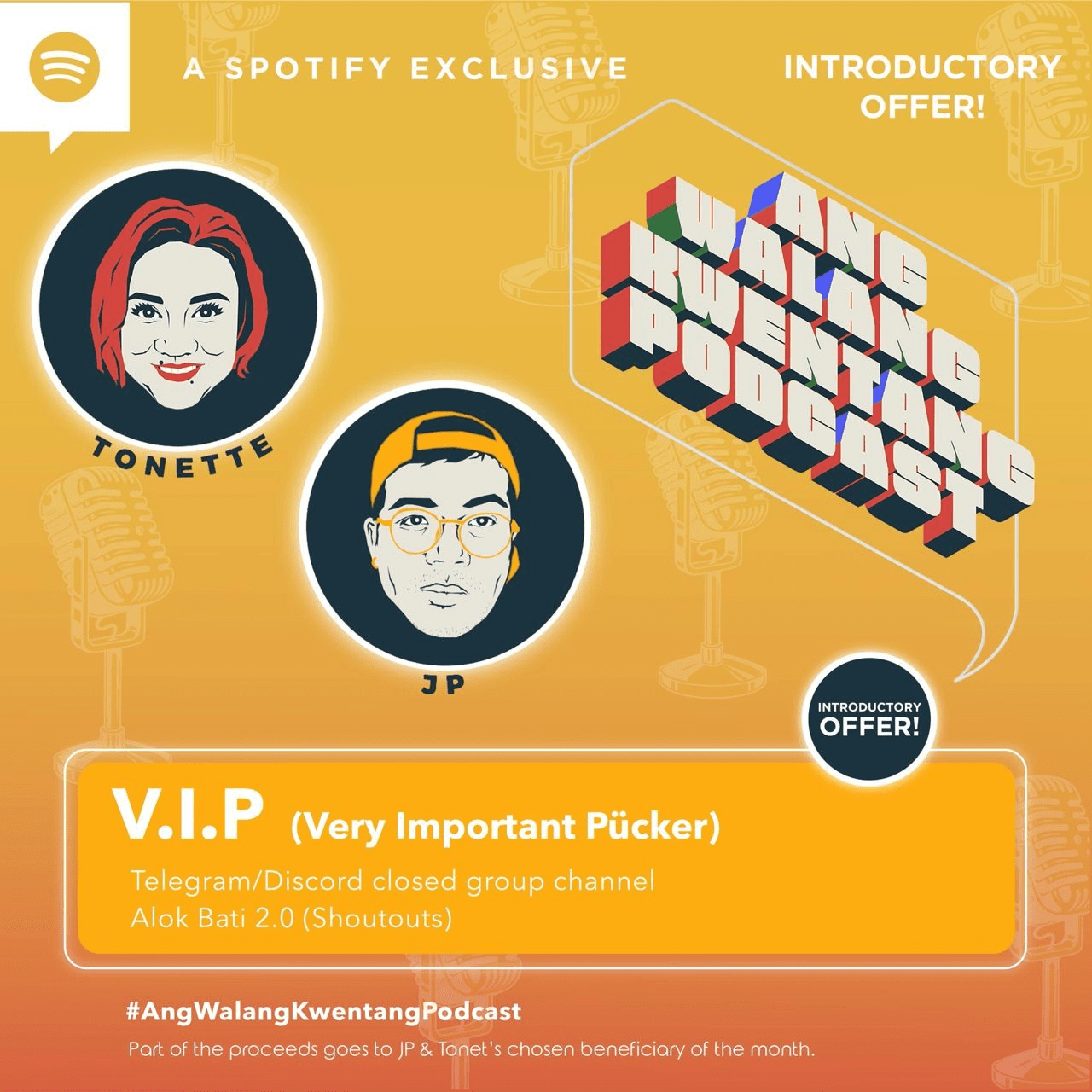 Starting off with Balato

A week before the launch of their merch boxes, they wanted to test out the website by initially offering a tipping jar. They named it “Balato,” or share of money given by the winner (in gambling or business deal). It also resonated well with their target audience.They started with a single payment of Php 100, also allowing their fans to do multiple orders - making it 100-peso increments. And with their solid fanbase, we saw people from all over the world donating up to Php 2,000 in just one go.This was a good way for them to warm up their website and familiarize their audience with their new dot com website. And since their launch, they would always dedicate a segment about their website on all their podcast episodes.

The launch of their much-awaited Starter Pück

Few days after their Gcash went live, AWKP finally dropped their long-awaited merch boxes - Box 1: Eto Na Nga Bax (Php 1,399) and Box 2: The Second Box (Php 1,199).They scheduled the launched around the same time as payday and also announced it when they released a new podcast episode. This strategy helped amplify the new that the merch boxes are finally available for purchase on their own website. 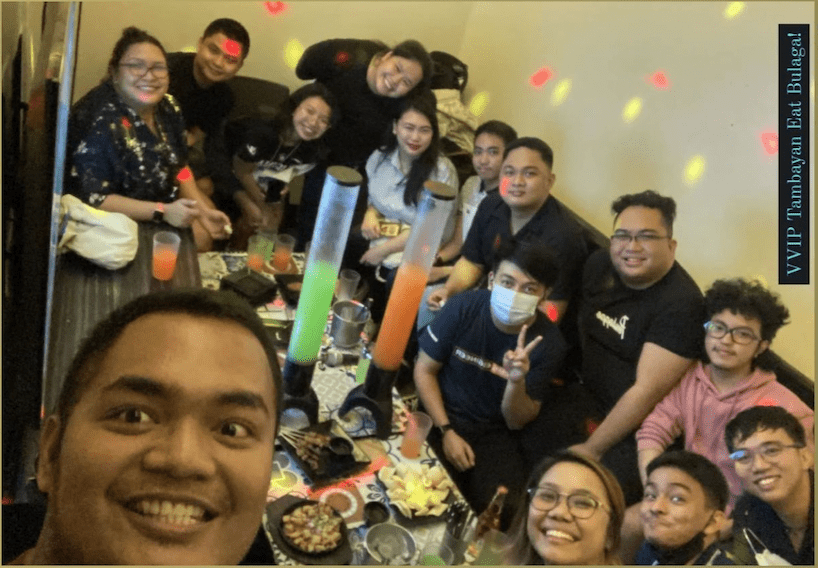 Discord played a huge role in strengthening their already existing AWKP community. It gave them a medium to chat with fellow fans as well as with Direk Tonet and Direk JP, making the subscriptions worth it.As a result, their private Discord server got to connect all other members and loyal fans of AWKP, forming deeper bonds among members. They have a 24/7 VVIP Tambayan or voice channel, where any member could join.