As an adventurous and ambitious content creator, Spart Farnacio’s primary goal is to inspire others, especially the youth, to not be afraid to dream big and chase after those dreams. He also aspires to expand his platform and earnings to create more out-of-the-box content and to further give back to his community and those in need.

Spart Farnacio is a 24-year-old vlogger who has a huge following on Facebook and YouTube. He usually posts challenge and adventure vlogs catered to Filipino viewers. Some of his top-viewed videos include his toy car adventure vlogs which disrupted the internet and helped him become the star he is today. As he aimed to create more content revolving around this iconic concept, he started the Toy Car Series Project with the goal of reaching Pagudpud in the Northernmost part of the Philippines from Metro Manila using his toy car in 7 days - a journey of over 550 kilometers! Aside from that, he also had a goal of raising money for charities.

A week before his epic project to travel to the end of the Philippine archipelago using just a toy car, he sold his greetings and fan interactions to raise the budget for the trip. He offered shoutouts, video calls, dates, his signature straw hat, and even a trip to Boracay with him and other creators for his future content. These were offered at varying prices ranging from Php 100 to 15,000.

As he and his team started their trip to the North, they offered daily challenges with exclusive slots replenished each day.The challenges varied in complexity as well as price. There were challenges to decide Spart’s food for that particular day, and where the challenger decides what and how much of a particular skin product Spart will put on his body for the entire day (choices included glue, peel-off mask, or sunblock). There were also offerings for business promotions where Spart promised to include their logos on his toy car and do a quick advertisement of their businesses in his daily vlogs. 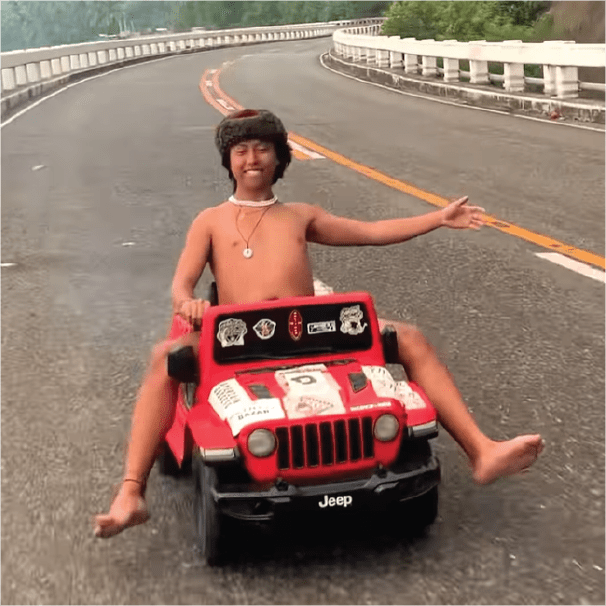 After 7 days, he was able to reach Pagudpud in 7 days and raise over Php 300,000 along the way. As he set foot in the city, he was warmly greeted by fans and supporters, and even organized a meet and greet with him.He was commended by a lot of people for his courage to take on that challenge and even share his earnings with people who need them the most.

What’s Next for Spart Universe

Weeks after his epic trip, he went to the headquarters of the charities and officially handed over his donation. He recently released a video about it and has also introduced his subscriptions to the viewers. His 50-pesos subscriptions are now in pre-selling mode, as he prepares to release his exclusive content by September 16.

Spart took on this exciting journey with HelixPay. He is able to expand his platform and create a whole e-commerce experience for his supporters using HelixPay’s technology – from his website powered by HelixPay’s storefront design tools, smooth checkout experience facilitated by HelixPay’s payment processing technology, to how he is able to interact with his fans through email blasts, interactive displays on his website, and his exclusive content which is soon to be posted on his members’ page on his HelixPay storefront.As Spart takes on more amazing projects, HelixPay also continuously develops its tools to enable the visions of excellent creators like him.